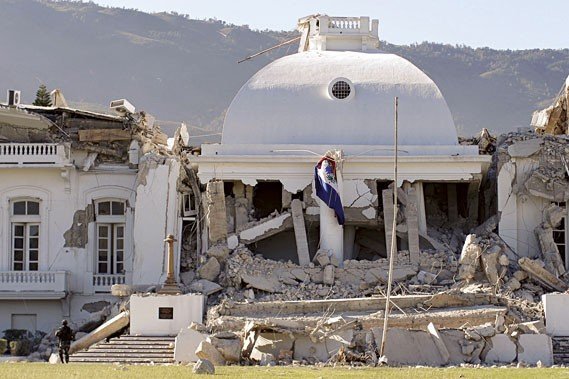 In Haiti, there are no seats in the government up for grabs: there is a government to rebuild, people to educate, a country to make prosperous. We would say, as a news outlet, that there are no offices in the government to cheat your way in, but they should be deserved, well managed in the common interest of everyone. These words sum up the ultimate national affair, which should soon become the most shared thing among the Haitian residents. Given the situation of how the social body is seriously decaying, what we improperly call “elections” represents the worst way to find the solution to our most crucial problems.

It is therefore up to the conscious and concerned elites (the tiny minority that won’t resign) to assert their right to find a solution to save the nation, synonymous with pacification, public order, solid hope, prosperous development and a bright future. To rebuild the State, the manifestation, in the highest degree, of invincible courage from our greatest men of valor and morality is necessary; the transcendent moral energy will act as a catalyst to sell the essence, the image, the spirit of the primordial attributes of the State. Because no “superstructure” of this kind has a future if an all-out promotion does not manage to share the idea with the majority of the population.

Then, rebuilding the State goes hand in hand with reconstruction, the moral consolidation of the degenerated “society.” It, as it should, signifies the dazzling multiplication of the number of Haitian citizens, in other words: nationals injected with their rights and their civic duties.

At the same time, they will work for the prosperity of the State, they will defend it like authentic soldiers. What now of the relationship between poverty and democratization sung in all tones by so many false apostles? Both the press and the so-called “civil” society have thrown themselves headlong into a pseudo-step that we call “democracy on the run.” The vital sectors of a Nation on the back burner (among others, the youth, the peasantry, the big producers, the working masses and the unemployed) should be educated, oriented to become aware that socio-economic progress is supposed to precede “the real birth of democracy.” In this sense, designing an ambitious employment policy as quickly as possible and striving to find ways to exploit the immense resources of Haiti’s subsoil are clearly priorities to be met in the medium or long term if we really want to change the ugly face of Haiti into a spectacular beauty…by the end of the decade. On the same note, it would be quite appropriate for a well-understood civic action to teach the small population and the young people that elections and a democratic system in a space infested with many hardships are a delusion. This perfectly reflects the need for a revolution that bears its name very well! In this socio-political context, there is no room for hesitation. For the Haitian land and the desperately sick Republic, we only have one choice: a remedy that’s totally revolutionary, one of truth, of willpower and of a conscience fully filled with our national duty.