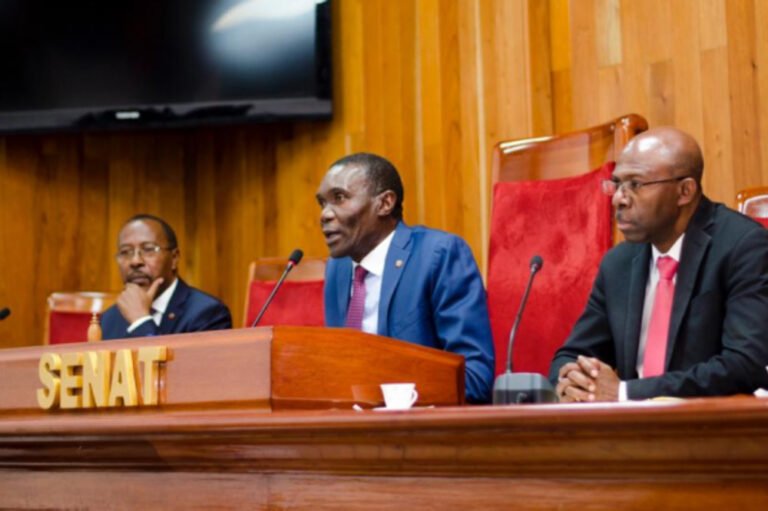 In Haiti, for a very long time, we have made ignorance, feigned or real, and bad faith into formidable, albeit ineffective, political weapons. As if we were legitimate or adopted children of the devil, even his epigones, we happily persist in our small and big mistakes. In the end, the days go by, the material conditions of existence deteriorate, social inequalities widen … Haiti is slowly dying! In our unique little country, no debate is closed, nothing is finished; It is the land of all crises, generated by men of all little daring, therefore men who are not themselves “finished”.

Exactly two years ago, the country was agitated by a true-false debate on the end or not of the mandate of two-thirds of the Senate and the 50th legislature. “Democratically” elected President of the Republic, Jovenel Moïse, a bon vivant at the time, had decided in a simple tweet. Point bar! Even today, this real-false debate is on the agenda. Politically, Haiti is the modern-day Sisyphus struck by the same punishment of pushing a stone to the top of a mountain and falling every time. Eternal return of the same! “Even bad”, we will say. Our leaders at all levels of government are like kindergarten children who, lacking a keen awareness, do not know when their Kindergarten opens and when its doors will close to make way for vacations. The main thing for our “leaders” is to play … sorry! to manage. They lose the notion of everything, of beginnings and ends, of contents and of durations.

Make no mistake! The senators had already ended their mandate by their unproductiveness, their indifference, their choice to be non-existent in the face of the chaotic situation of the country on which they never spoke out as a constitutionally and eminently sovereign body. That is ! Moreover, it is always the case in politics in Haiti: the accession to power for our politicians is the opportune time to rest on its laurels, to sleep in, take it easy, after having beaten the campaign. election in the nooks and crannies of Haiti. This is the Republic of paid and paid indigence and laziness. Despite all these considerations which saddens more than they rejoice, it must be recognized that the remaining third of the Senate of the Republic maintains Haiti, more or less, within the framework of Representative Democracy, albeit in an exceptional situation. There is a certain dichotomy in the approach, we admit; but understand that today the Grand Corps is or could be seen, symbolically, as a kind of resuscitation service for this seriously ill Haiti in dire need of democracy. So, it would be appropriate for Prime Minister Ariel Henry, strong in his de facto state, to come to terms with the ten (10) elected officials who will have to (re) get down to work, to avoid further disguising our chaos. Unless the Head of Government wants to provoke a Flattening or a political Reset, again some observers would rightly question its legitimacy, the latter is imperatively obliged not to KO the moribund Haitian democracy, not to to end arbitrarily with the insignificant but necessary institutional idea that we have left. As a good neurosurgeon, he has to operate a medico-political miracle. This is all the more essential since, even those who suffer from anosmia (loss of smell) can, within 24 hours of January 10, 2022, smell the imminent arrival of a period of unprecedented disorder on the First Black Republic. While waiting to change our relationship with the Law which are instinctual relationships viscerally marked by personal interests, it is imperative to make Reason the starting point of our actions, because it still remains, even four centuries after René Descartes. , the most shared thing in the world.