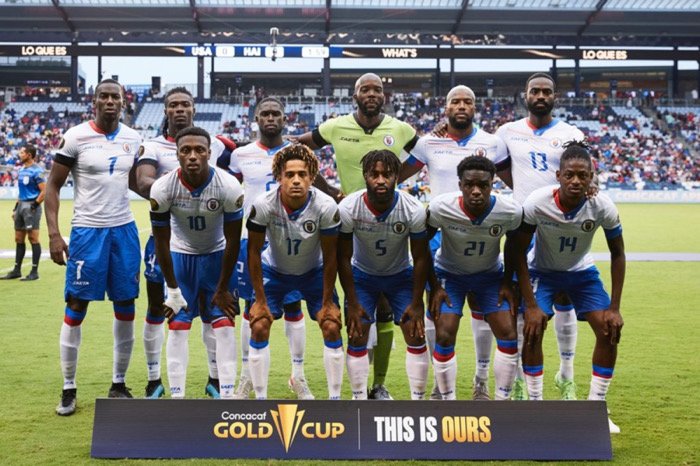 The national soccer team hasn’t played a game since its last trip to the Middle East and its 2-0 victory over Jordan in September 2021. Four months later, no game, no sign of life despite three FIFA international breaks since then. Explanations.

As soon as the international break in October 2021, Suriname asked Haiti for a friendly match in Europe. It was an advantage for both teams because their main players play in Europe. The invitation, admittedly informal, came on September 27, which was far too close to the international break (October 4-13, 2021). Too late to call the players and to make all the preparations.

Both parties wanted to postpone it to November 2021. Head coach Jean-Jacques Pierre was in favor of it, even believing that it would be essential to play this match. However, no response or follow-up from FHF. The game wasn’t played.

Haiti also missed an opportunity to play against Guatemala in Miami in October 2021. It was a difficult match to plan and for a good reason: Covid-19 restrictions in the United States. It was impossible for the players in Europe to go to North America, so the discussions to plan the game were quickly outweighed. Jean-Jacques Pierre could’ve put a team together with players from the United Soccer League (USL) and the national championship with the risk of fielding a team that wasn’t competitive enough. Another missed opportunity. So, Les Grenadiers ended 2021 in 87th spot in the FIFA rankings without playing a match either in October or November.

Here comes January 2022, when FIFA unexpectedly had an international break (January 24 – February 2). There were mainly two opportunities. First, a game against Bolivia on January 22 and also two games in Cuba on January 27 and 30, 2022.

For Bolivia, the match was scheduled outside of the international break, so it was impossible for Haiti since its players wouldn’t have gotten released. Bolivia wanted to play against Haiti to prepare for its next two World Cup qualifiers.

As for Cuba, they really wanted to play against Haiti in Cuba and even wanted to take care of Les Grenadiers’ hotel and transportation fees once they arrived in Cuba (local travel by bus etc…). FHF only had to pay for the plane tickets of the members of their delegation. The federation didn’t follow up because they wanted Cuba to take care of everything. So, this double fixture never happened.

Also, negotiations for a match against South Korea in January didn’t succeed either. It was the third straight international break that the Haitian soccer team didn’t take advantage of.

Now, we’re talking about the month of March coming up and this possible match in Andorra on the 25th. This small country in Europe between France and Spain wants to take care of everything. All costs included. It remains to be seen what will prevent Les Grenadiers from playing this match which would serve as their preparation for the next Concacaf Nations League normally scheduled for June 2022.

While other competitors in the area have lined up 5-6 matches over this same period, Les Grenadiers are resting. This long period of inactivity is certainly not a good thing for the national team. Without game plan, without continuity, without rhythm. A delay that will minimize the chances of seeing a competitive Haiti in their next matches.