Haiti – Justice : The court of cassation does not approve the judges appointed by Jovenel Moïse 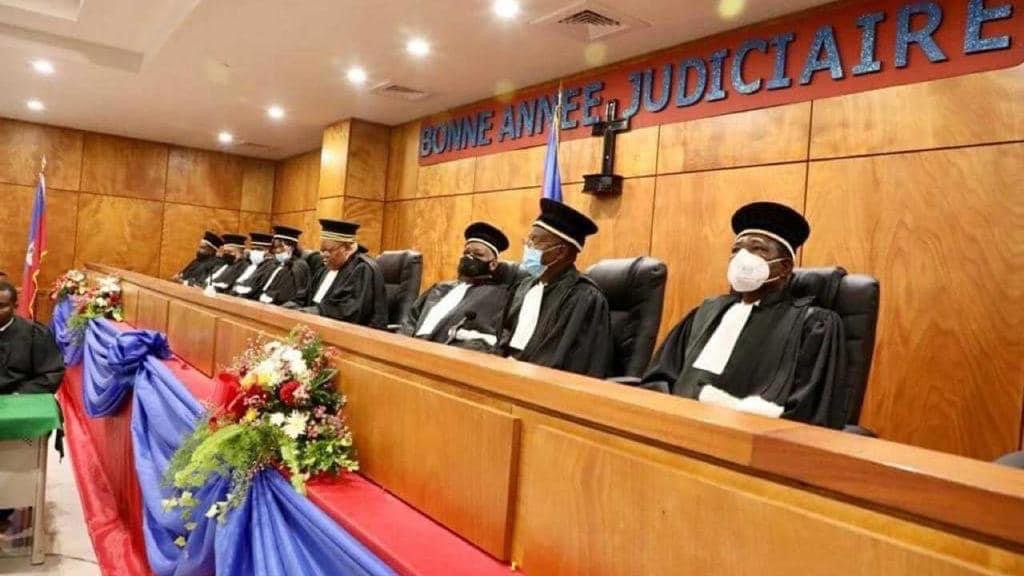 Appointed last February, these judges have not received the blessing of the titular judges of the highest judicial body in the republic.

Meeting in general assembly, the judges in seat categorically refused the taking of oath of these magistrates.

Several associations of magistrates including RENAMAH and ANAMAH who denounced the appointment of these judges applauded this decision taken by the judges of the court.

These 3 judges were appointed after Jovenel Moïse decided to illegally retire these judges (Yvickel Dabrésil, Wendelle Coq Thelot and Mécène Jean Louis) presented to succeed him as the supreme magistrate of the State.