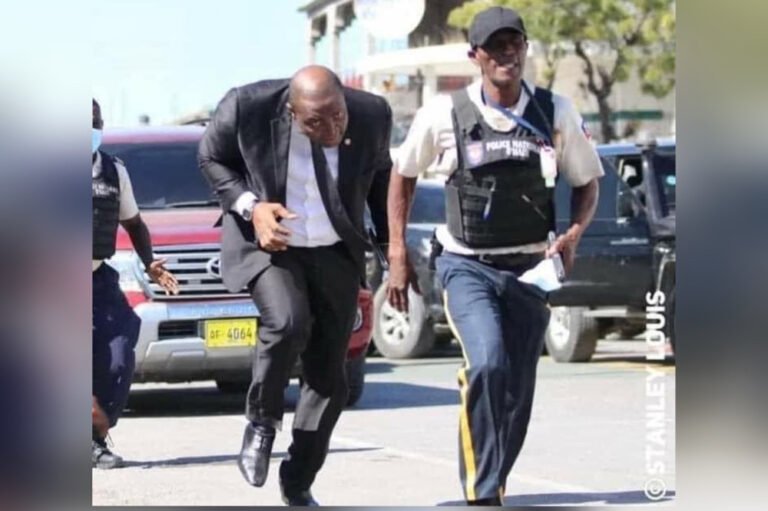 Saturday January 1, 2022. In Gonaïves, a group of men armed to the teeth attacks the government delegation led by the Prime Minister, Ariel Henry, declared persona non grata in the City of Independence, because of his lack of legitimacy at the head of the Executive. On the first day of the year, one dead and several injured swelled the ranks of thousands of corpses and atrophies from the previous year.

Sunday, January 2, 2022. At the bottom of Delmas, the armed gang led by the former policeman converted into a boss, Jimmy Chérisier alias Barbecue, takes on another gang from Ruelle Mayas. Result: ten deaths by bullets and several wounded. Monday January 3, 2022. In Arcahaie, a land conflict results in the death of at least seven people, ten others seriously injured. Tuesday, January 4, 2022. In the traditional media and on social networks an old question reappears, thus causing a new “political conflict” whose outcome can only be unfortunate: the mandate of the remaining third of the Senate will be suspended. Does it end or not on the second Monday of January 2022?

The poorly succinct record of the first four (4) days of the three hundred and sixty-five (365) of the year 2022 is bitter. And if it really is “the first twelve days of January that indicates the weather for the twelve months of the year,” one can quickly conclude that: “We’re almost done! Obviously, the country is off to a bad start. Even those who still find, God knows what pleasure in the application of the ostrich policy, manage to see clearly today, in spite of themselves, that Haiti is not just doing badly; Haiti is going horribly wrong. For lack of more descriptive words to convey a reality that goes far beyond fiction, to say that Haiti has hit rock bottom is barely understated. Should we blame fate? Nothing would be dumber than such an attitude. We are wicked, confrontational, fratricidal, undemocratic, anarchist…, out of ignorance, certainly, by choice, very probably.

However, this January 1, 2022 being beyond, our ancestors expected a priori to see us gathered by hundreds of thousands on the Place d’Armes in Gonaïves to give or give back a “meaning” and a “content” on Independence Day, the traces of which fade from our people’s memories year after year. This January 2, 2022, the Day of the Ancestors, we had to retrospectively go back in history, our history, to draw the materials necessary for the (re) construction of our Republic crumbled by the centuries-old chapel quarrels. So, two major historical dates, true national meeting places, desecrated by paroxysmal selfishness, negative individualism, effort in evil and pathological ignorance.

Neither too early nor too late

One thing is certain: there will be no miracles! If any miracle were to take place, it would be anthropogenic and not divine in nature. This is all the more true as “God does not want to do everything so as not to deprive man of the portion of glory which he allows him to acquire”, reminds us of The Prince by Nicolas Machiavelli. We have three hundred and sixty (360) days left in the year 2022 to begin to be reasonable, to try to rectify the situation… Better still, we still have a bright future ahead of us to relearn how to speak human and to prove that we are still carriers of Humanity. Before our political differences translating a deep moral evil rots our soul, let’s identify what unites us, History, past and present, to bring about “the emergence of a new Haiti”.