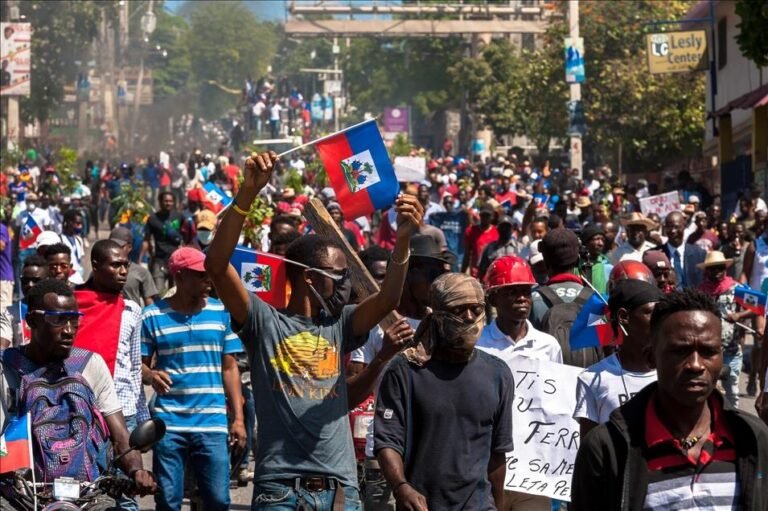 Today, even more than yesterday, the Haitian population is at bay, if not in free fall. Those who claimed to defend his cause through protests have now moved to the other side of power. Between profiteer, impostor and bluffer, there are many adjectives to describe the behavior of men, formerly, of the opposition, especially those of the so-called Democratic and Popular Sector. Are they neutral or neutral opponents today? Huge questions persist.

André Michel, the man who proclaims himself the advocate of the people, is for the moment in full possession of power. To put it better, he holds the levers of decision-makers. This is total inconsistency on the part of the master, if we remember his sharp stance towards the PHTK regime. The spokesperson of the democratic and popular sector fought like a lion against PHTK, which according to him, is made up of squanderers of the “PetroCaribe” program. The latter still raises irregularities, the bad governance of the late President Jovenel Moïse, brutally murdered on July 7, 2021, in his private residence.

Reports suggest that the “country lock” had a price to pay. It was the Haitian journalist Fanel DELVA who pointed out the wound. According to him, André Michel had received millions of gourds from the Deeb for the realization of the nocturnal demonstrations. This movement had completely disturbed the businesses of “businessmen”. And André Michel was the weakest link in the chain of so-called resistance. Much to everyone’s astonishment, the lawyer had announced the completion of the protests overnight. A way, according to him, to unblock the country. Yet the sole purpose of this singular activity was to allow the ruling power and the Deebs to go about their business freely.

Despite everything, the lawyer always made it clear that he is on the side of the Haitian people, a people thirsty for justice and well-being. He always wanted to be the cannon that overthrows current power. This power is now part of. The lawyer had said that ex-President Jovenel Moïse would have good relations with bandits and it is because of his bad governance that the cases of kidnappings are increasing. Jovenel Moïse is incapable, he said every time he spoke. For 5 months, the 58th President of Haiti has been sleeping forever. However, insecurity among the population is growing more than ever before. The 3rd district of Port-au-Prince is still impracticable. It is governed by heavily armed men, they are the only decision-makers.

On the night of July 6 to 7, 2021, Jovenel Moïse was assassinated in his private residence. As a result, a constitutional vacuum is settling in the country. No more president. Even before his assassination, the ex-president had appointed Ariel Henry as the new head of the Prime Minister’s Office. Unfortunately, he left for the Eternal East without being able to install the doctor. A standoff has broken out between Claude Joseph and Ariel Henry. And in the end, the international community nominated former social affairs minister Ariel Henry as prime minister. His choice sparked an avalanche of comments, including the SDP spokesman who said Ariel Henry lacks the legal and constitutional provisions and that the international community was on the wrong track. He stressed that there needs to be a broad consensus, with an agreement, to get Haiti out of the political impasse. “If you can Jovenel Moïse, Ariel Henry is not premye minis. Se yon kominote entènasyonal ki mete Ariel Henry premye minis “, said André Michel during a speech.

On September 11, 2021, a political accord was signed between Premier Ariel Henry and opposition political parties including the People’s Democratic Sector. the reestablishment of the climate of security in the country and the organization of elections no later than the end of 2022 under the aegis of a new constitution, are, among other things, the points of this agreement. In this new government, the SDP has the share of the pie it had always dreamed of. One of these influential members, Ricard Pierre, is the Minister of Planning. On the grand boulevard of indifference, the area has it all. So-called opponents are now neutral opponents.

Between Ariel Henry and the Democratic and Popular sector, it’s a love affair that seems to never end. A story that may last for a long time. The opposition sector is like a venal woman, just give it money, power and voila.