Nu Look on stage and his guests of shame … Whose fault is it? 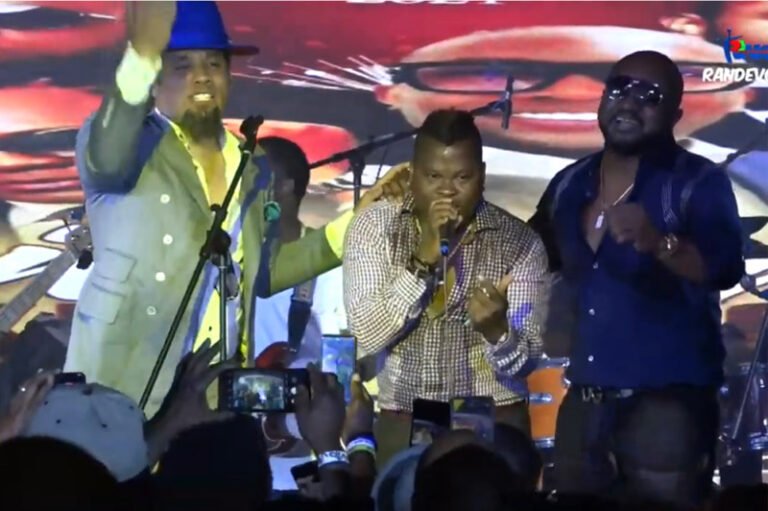 There are weird things going on on stage when Nu Look has been performing, for a while. People whose fame is inversely proportional to a real contribution in the business, are invited to spout rants. Savvy fans are green with rage. The most recent show in bad taste was at the Bentley Club in Brooklyn on Thanksgiving.

It was a Zin-Nu Look tandem. The band to Alan Cavé, after several sabbatical years, joined its fans for an XXL meeting.

It is customary to see personalities called on stage at balls, before or during group performances. But the drift is very close, since any illustrious individual is now allowed to climb the space reserved for group members. He imposes their delirium on us, under different pretexts.

The most embarrassing and unfortunate part of this ball was certainly the case when these two men, with no known talent, used the podium during the time allotted to Nu Look, to make degrading remarks against a rival group. In front of several hundred, if not thousands of spectators, in the room and on social networks, Arly Larivière and his men desecrated the legacy of the Compas.

This is not the first time that the son of the legendary Daniel Larivière has offered moments of great silliness to fans who have come to listen to his successful compositions. Among those shameful moments are the performances of a pseudo-singer – famous more for her sex appeal and business than for her double-handed songs. It borders on a lack of respect. It is indecency.

Is this a new way of doing the “show”? What is the added value of these proposals in the Haitian music market? Since when (Until when) has it become a paid approach? And precisely in the case of Nu Look, we can ask ourselves “Whose fault is it?”.